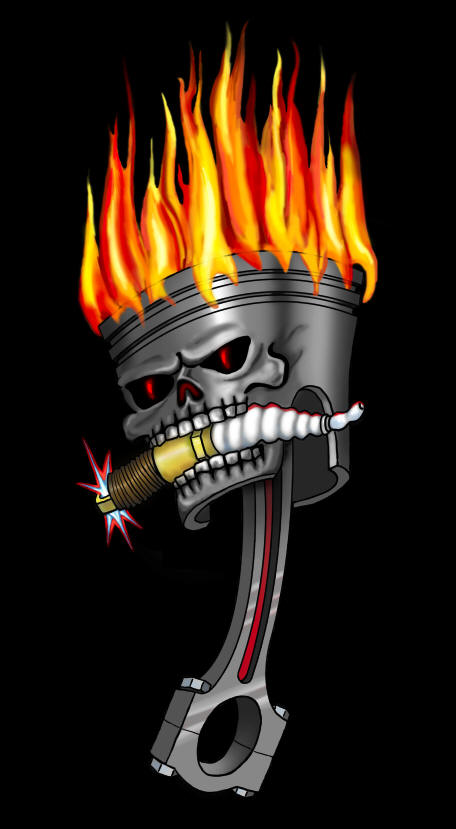 Carburetion and how the Carburetor "meters" the Fuel and Air Mix. What is required (component wise) for elevation and temperature control

Due to the large amount of phone calls regarding this topic, it is prob a good idea to post up some "information" regarding this. highly debatable, subject(s).

Not going to get real indepth but just touch on a few basics that constitute what is required in order to have true elevation and temperature control with ANY carburetor.

1) ALL carburetors function on a pressure differential (Delta P) between the Carb Float Bowl and Engine.

2) This Delta P is what will,largely,determine how much "signal" is present to "pull" fuel up the needle jet into the engine.

8) IF your carb float bowl vent lines are vented ANYWHERE but into their own dedicated pressure chamber, your float bowl pressure WILL be at atmospheric pressure (or very close to it)

OK.. Now that the "Basics" have been touched upon.. let's dive into what it truely takes to have control over elevation and temperature:

1) VERY SIMPLE--> Control Delta P and you can control the fuel flow!

How do we control Delta P?

This method has been used in the snowmobile world (huge elevation and temp changes) for many decades!

They would connect ALL the float vent lines together and connect them to a dedicated pressure chamber that is controlled via the ECU and an Atmospheric Baro Sensor.

Basically, they would sense the ATM pressure (baro sensor) and adjust this chamber volume based on this sensor.

They also had a temp sensor that would add to the mix and adjust even further using the temp sensor's input. NOTE: this was a "programmed" function based on sensor inputs and the mechanical circuitry to implement it.
It required dedicated electronic and mechanical circuitry. If ANY of these circuits failed (and they would occasionally) the jetting got "incorrect" in a hurry.

Worked pretty well. We could run the SAME jets at 10,000ft that the sleds at sea level were running. Pretty impressive!

So... How do you know if you have elevation and temperature control with your carb? Simple--> does it have a temp and baro sensor and a dedicated float bowl pressure chamber? IF it does NOT, then you do NOT have compensation outside of the built in mechanical compensation present with ANY carb.

OTHER POINTS OF INTEREST--> It is ,widely, "believed" that the atomized fue/air mix (F/A) (as it leaves the carb to enter the engine) is in its FINAL state to be used for combustion.

This is NOT the case.

The F/A mix is in an atomized state as it leaves the carb to the engine.. This F/A mix will "phase change" into a Vaporous F/A Mix once it enters a lower pressure environmetnt (ie crankcase) and/or encounters some heat (ie engine).

The engine wants a vapor for combustion, NOT atomized F/A Mix.

We ask ourselves, does this carb or that carb do a better job of atomizing the F/A?  We think that if one carb does do a better job that it will produce better results. Maybe it will, maybe it will not.  Point being... Since the atomized F/A Mix is NOT its final form for the best combustion and it must phase change to a vapor (gas), does it matter what form leaves the carb since it must phase change anyway?

Think about 2 people climbing a mountain but each taking a different path to get there. Once they are BOTH standing on top of the same mountain, does it really matter what path each one took to get there?

Point being-->  The F/A Mix needs to phase change. Whether this phase change happened more "easy" or "difficult" should not matter as long as it has occurred!

This is one reason why Fuel Injection (as its own entity/device) does not provide any more power over a carb induction system..

The required end result is still a vapor and FI does not supply a vapor as it leaves the injector.  The phase change occurs inside the engine no matter how "atomized" the inducted F/A charge was or was not. IT STILL WAS CHANGED TO A VAPOR!

SUMMARY: The type, model, style, color etc etc. of the device supplying the atomized F/A Mix is not nearly as important as the engine's ability to convert this mix to a Vapor/Gas.